To share your memory on the wall of Dennis Van Horn, sign in using one of the following options:

On June 1, 1991, he married his surviving wife, Karen M. (Foltz) Van Horn with whom he was blessed to share almost 30 years of marriage.

In addition to his parents, he was preceded in death by one brother, David K. Van Horn in 2016; and two sister in laws, Trudy Van Horn and Julie Van Horn.

Mr. Van Horn was a 1977 graduate of East Juniata High School in Cocolamus.

In his early years, he helped his mother and father clean at the East Salem Shirt Factory. Later, he was employed and retired in 2016 after more than 39 years of service at Empire Kosher, Inc. in Mifflintown. He also spent 16 years working with Reisinger Sporting Goods in Ickesburg where he enjoyed helping set up and tear down displays from the Grange Fair, the Port Royal Fair, and the Shermans Valley Heritage Days.

His hobbies included riding motorcycles, going fishing, playing ping pong, going to flea markets and auctions, and attending carnivals and fairs with the Bloomsburg Fair being his favorite and had attended the fair every year from 1988 to 2019.

Dennis was an ardent sports fan with his favorite sports teams being: since the age of 10, he was a big fan of the New York Jets, especially Joe Namath; the Philadelphia Phillies; and Penn State Nittany Lions football. He was also known for playing church softball having pitched for Bunkertown Church of the Brethren and later for the Cocolamus United Methodist Church Charge.

His greatest joy was working at the Village Merchants where he was a vendor since 2008 and later worked with the owner, Tony Little at his warehouse upstairs. He loved meeting and helping all his customers which brought him great joy.

Public Graveside Services will be held at 11:00 AM, Tuesday, February 16, 2021 at the East Salem Cemetery, Thompsontown with his friend, Pastor Wayne Kerstetter officiating.

Due to the ongoing Covid pandemic, wearing of masks and social distancing will be required at the graveside services.

In lieu of flowers, memorial contributions in Mr. Van Horn’s memory can be made to the charity or church of one’s choice.

To send flowers to the family or plant a tree in memory of Dennis E. Van Horn, please visit our Heartfelt Sympathies Store.

We encourage you to share your most beloved memories of Dennis here, so that the family and other loved ones can always see it. You can upload cherished photographs, or share your favorite stories, and can even comment on those shared by others.

Posted Feb 17, 2021 at 02:41pm
Dick Yohn and I, Deb Sangrey met Dennis at music jam in Mifflintown, PA at CJems building, at the carnivals w/his wife, Karen and friends.
Karen, I am sorry to hear of Dennis’ passing. He is in peace now. I ask the Lord to watch over you and your family in days to come that he will comfort you. Remember the good times you and Dennis had here on earth.
Deb Sangrey - Port Royal, PA

Posted Feb 10, 2021 at 06:46pm
Dear Karen, I am so sorry for your loss of Denny. I will miss saying “hello” to him at the fair and Village Merchants. My prayers and sympathy to you and your family. Love, Susie Leonard.
Comment Share
Share via: 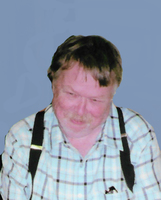 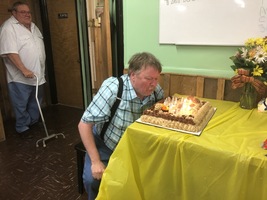 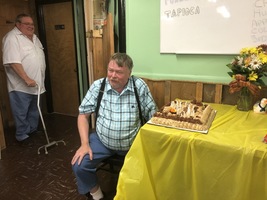 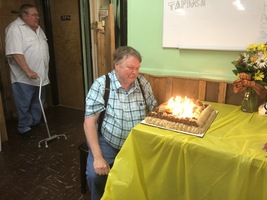