If you have immediate need of our services, we're available for you 24 hours a day.

It is not always possible to pay respects in person, so we hope that this small token will help.

Offer a gift of comfort and beauty to a family suffering from loss.

A gift to your family, sparing them hard decisions at an emotional time. 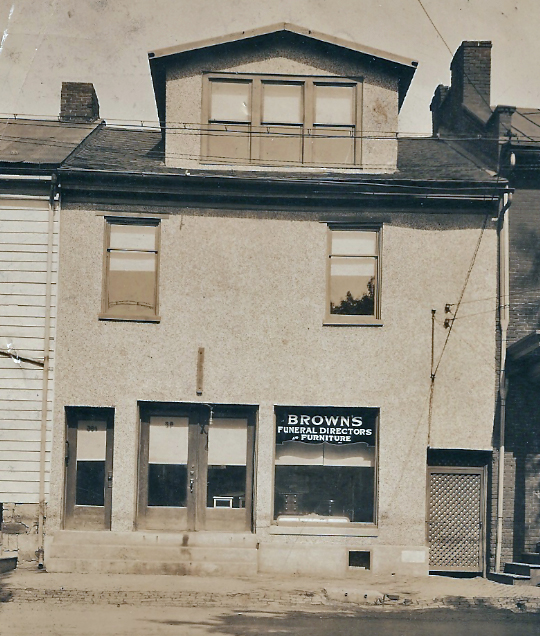 A Third Generation Takes Over

Nineteen eighteen also saw a change in location for the funeral home.  Roland H. and son R. Bradford, Sr. purchased the Snyder Undertaking and Furniture Co., and moved the business from Academia to Main St., Mifflintown (see photo at left).  After Roland H. Brown's death in 1934, R. Bradford Brown, Sr. assumed sole responsibility for the funeral home.  R. Bradford, Sr. eventually moved from the furniture business to opening an ambulance service, which he operated from the late 1930's until about 1950.  The funeral business again, passed to the next generation in 1962, when R. Bradford Brown, Jr. took over the business.