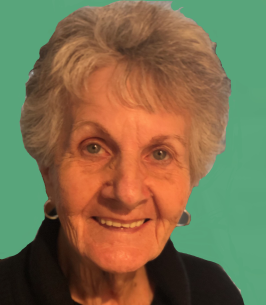 Erie E. Amtower, 91, formerly of Port Royal, passed away at 4:30 a.m. on Monday, November 7, 2022 at the Bridges at Brookline, Mifflintown.
Born on September 16, 1931 in Turbett Twp., Juniata County, she was a daughter of the late Norman and Pauline (Turbett) Booher. On January 4, 1951, she married her late husband, John E. Amtower, with whom she was blessed to share 52 years of marriage before his passing on August 7, 2003.
She is survived by her two sons, J. Dennis Amtower and his wife Stephanie of McAlisterville and Douglas E. Amtower and his wife Heidi of Ortanna; three grandchildren, Jennifer Weiand and her husband Kevin, Peggy Nipple, and Cindy Frontz and her husband Jonathan; five great grandchildren; ten great-great grandchildren; three sisters, Nan Boldowsky of Mifflintown, Dolores Wharton and her husband Glen of Port Royal, and Mona Barnes and her husband James of Thompsontown; four step grandchildren, Elizabeth Stringer and her husband Logan, Nicole Laws, Hannah Fritz and her husband Nik, and Haley Redding and her husband Ethan; and two step great grandchildren.
In addition to her parents and husband, she was preceded in death by one daughter in law, Susan Amtower; one brother, Robert Booher; one sister, Norma Jean Booher; and one brother in law, Wayne Boldowsky.
Mrs. Amtower was a 1949 graduate of Tuscarora Valley High School in Port Royal and was employed and retired as a Housekeeper at Locust Grove Retirement Village in Mifflin.
Erie was a member of the Port Royal United Methodist Church and enjoyed word searches, picture puzzle books, and tending her flower garden.
Funeral Services will be held at 11:00 AM on Friday, November 11, 2022 with Pastor Jennifer Heikes officiating at the Brown Funeral Homes, Inc., 100 Bridge St., Mifflintown. Interment will follow at Union Memorial Gardens, Mifflintown.
A viewing will be held from 10:00 AM until the time of the funeral services at 11:00 AM on Friday at the funeral home.
In lieu of flowers, memorial contributions in Mrs. Amtower’s memory can be made to her church, Port Royal United Methodist Church, 105 Fifth St., Port Royal, PA 17082.