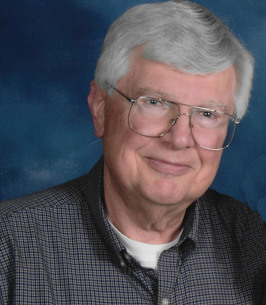 Douglas C. “Doug” Bitting, 73, of Mifflintown, passed away at 9:02 AM, Friday, October 21, 2022 at the Penn State Milton S. Hershey Medical Center in Hershey.
Born on September 2, 1949 in Lewistown, Mifflin County, he is the son of the late Clair I. and Thelma J. (Spece) Bitting.
On September 28, 1974, he married his surviving wife, Cyndi (Swavely) Bitting with whom he was blessed to share over 48 years of marriage before his passing.
In addition to his wife, he is survived by two children, Aleisha Esh of Lewistown and Ketra Forry and her husband Keith of Hummelstown; one grandson, Lincoln D. Forry; and one brother, John Bitting of Pine Grove Mills.
Doug and his family resided in Thompsontown until the family moved to State College in 1965 where he was a 1967 graduate of State College Area High School and a 1971 graduate of Penn State University, University Park.
Mr. Bitting began his career working for AAL, now Thrivent Insurance Sales; next, he worked in Automobile Sales and was a Finance Manager; and finally, he found his dream job in the 1990’s with Drummond American Corp, later becoming Lawson Products in Sales where he retired in November, 2020.
His memberships included being an active member of the Cedar Grove Brethren in Christ Church in Mifflintown where he enjoyed serving as an usher, where he was determined to greet everyone by their names, and enjoyed serving as a church board member
Doug was a Penn State wrestling and football fan, a New York Yankees fan, and an Indianapolis Colts fan.
He will long be remembered as an ardent walker and was often seen on Cedar Springs Road doing his circuit.
Funeral Services will be held at 11:00 AM on Thursday, October 27, 2022 at the Cedar Grove Brethren in Christ Church, 287 Deerville Road, Mifflintown, with his pastor, Pastor Kenneth Hepner officiating. Interment will be private at St. Matthew’s Lutheran Cemetery in Millerstown.
A visitation will be held from 10:00 AM until the time of the funeral services at 11:00 AM on Thursday at the church.
In lieu of flowers, memorial contributions in Mr. Bitting’s memory can be made to his church, Cedar Grove Brethren in Christ Church, 287 Deerville Road, Mifflintown, PA 17059.
Arrangements have been entrusted to the Brown Funeral Homes, Inc., 100 Bridge St., Mifflintown.