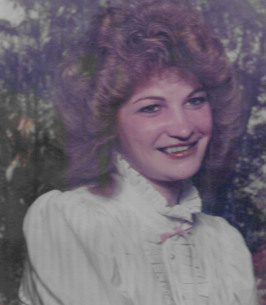 Rhonda Kay Hutchinson, 59, of Mifflintown, passed away at 7:55 a.m., Wednesday, October 5,2022 after a courageous two year battle of cancer at Geisinger Lewistown Hospital.
Born May 8, 1963, in Maitland, Mifflin County. She is the daughter of Carol Anne (Reichenbach) Hutchinson of Port Royal (Walnut) and the late Glenn R. Hutchinson.
In addition to her mother, she is survived by several generations of aunts, uncles and cousins.
Along with her late father she was preceded in death by her only brother, Eddy Dean Hutchinson who preceded her in death on August 11, 1987.
Rhonda was a 1981 graduate of Juniata High School, Mifflintown.
She was a member of the Loyal Order of the Moose Lodge #925, Millerstown, the American Legion Post 298 of Mifflintown, where she was a member and served as a waitress.
In earlier life, she had worked at the Old Chicken Pen, Family House Restaurant, she was the owner and operator of Rhonda’s Country Cooking Food Stand at the Port Royal Fair, she also owned shares in the Juniata County Agricultural Association and currently was a letter carrier for the United States Post Office Newport Office.
A public Graveside service will be held at 11:00 a.m. from the St. Paul’s Lutheran Cemetery, Nook on Friday, October 14,2022 with the Rev. Judy Rowles officiating.
There will be no public viewing.
Memorial contributions may be made in Rhonda’s memory to the American Cancer Society, 1375 Martin St. Suite 206, State College, PA 16801.
Funeral arrangements have been entrusted to the Brown Funeral Homes, Inc., 100 Bridge St., Mifflintown.