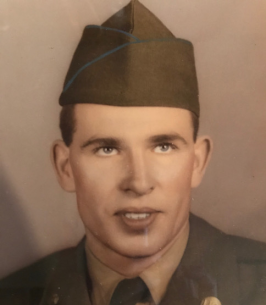 Robert G. "Bob" Diffenderfer, 90, of McAlisterville, passed away at 8:00 AM on Tuesday, October 4, 2022 at the Richfield Senior Living Center.

In addition to his parents and wife, he was preceded in death by an infant brother, Larry Diffenderfer, and another brother, Donovan Diffenderfer.

Bob was a 1949 graduate of Fayette High School in McAlisterville and honorably served our country in the United States Army.

He was employed and retired as a Surveyor with over 30 years of service to Penn Dot out of the Amity Hall Shed. After retirement, he drove school van for his brother in law, Harry "Bus" Nace.

He enjoyed gardening, decorating for Christmas, bowling, which he did faithfully for years at various local bowling alleys, loved attending his grandchildren's sporting events and school activities, and was a loyal patron of the Bread of Life Restaurant; however, his greatest joy came from time spent with his family.

A funeral service will be held at 11:00 AM on Friday, October 7, 2022 from the Brown’s United Methodist Church, 33401 Route 35 North, McAlisterville with Pastor Kevin Brophy officiating. Interment will follow in the Brown’s United Methodist Cemetery, Cocolamus where full military burial honors will be accorded by the Juniata County Veteran's Council.

Memorial contributions in Mr. Diffenderfer’s memory may be made to the Brown’s United Methodist Church, 33401 Route 35 North, McAlisterville, PA 17049.