Obituary for Thomas A. "Tom" Cargill 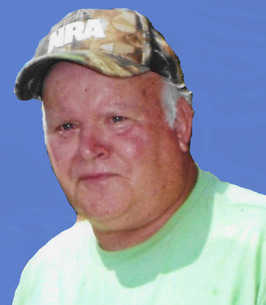 Thomas A. “Tom” Cargill, 77, Mifflin, passed away at 6:45 AM on Saturday, July 16, 2022 at the Geisinger Lewistown Hospital.
Born on August 16, 1944 in Providence, Providence County, Rhode Island, , he is a son of the late David and Dorothy (Boyce) Cargill.
Surviving are his wife, Lucille M. (Gagnon) Cargill; siblings Carol Irons of Annandale, Virginia, Ed Cargill and his wife, Carol of Wyoming, David Cargill, Jr. of Cumberland, Rhode Island and he is survived by nieces and nephews.
In addition to his parents, he was preceded in death by a sister Janice.
Mr. Cargill was a proud US Army veteran who honorably served his country during the Vietnam War.
With thirty-three years of service, he retired as a lineman for Black Stone Valley Electric Company of Cumberland, Rhode Island.
He was a 1962 graduate of Cumberland High School, Cumberland, Rhode Island who loved sprint car racing and racing in general, riding motorcycles and fishing.
There will be no Viewing; however, a Memorial Mass of Christian Burial will be held Thursday, July 21, 2022 at 9:00 a.m. at St. Jude's Catholic Church, 3918 William Penn Highway, Mifflintown, Father Peter Rettig officiating. Interment will follow at a later date in Rhode Island, where full Military Burial Honors will be accorded.
A Collation (Reception) will follow the Mass at the Juniata Winery, 19175 Rt 35 South, Mifflin PA, 17058.
Memorial contributions in Mr. Cargill’s memory can be made to St. Jude Catholic Church, P.O. Box 187, Mifflintown, PA 17059.
Arrangements have been entrusted to the Brown Funeral Homes, Inc., 100 Bridge St., Mifflintown.