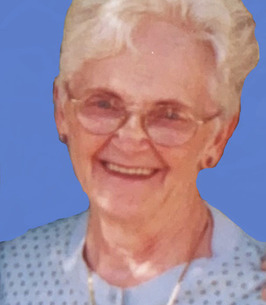 Born on January 7, 1934 in Fayette Township, Juniata Co., she is the daughter of the late Jacob and Ida (Ferster) Shank.

On December 19, 1965 she married her late husband, Donald E. Alexander, with whom she was blessed to share more than 34 years of marriage before his passing on March 20, 2000.

Before her marriage, she served as a nurse, after which she was employed as a waitress at Zimmies Diner and later she was a waitress at Stop 35, both of Mifflintown. She also was a practicing Reflexologist.

Mrs. Shank was a member of Kingdom Hall Jehovah’s Witnesses, who loved crocheting, working in her garden, attending yard sales, bird watching, cooking, baking and spending time with her family; however, the real joy that she got was the love of babysitting her grandchildren and great grandchildren.

A Memorial Service will be held at 1:30 PM on Monday, July 18, 2022 at the Fayette Fire Hall, McAlisterville. Interment will be private at Lost Creek Presbyterian Cemetery, McAlisterville.