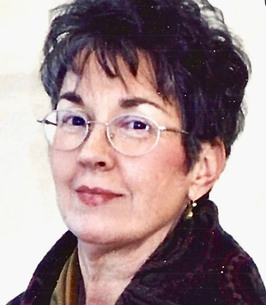 Gail M. Getz of Fayette Township entered into eternal rest on June 20, 2022. She was the daughter of the late Arch and Elena Mercey of Washington D.C. Her sister Marta Mercey of Washington D.C. preceded her in death as well. She was married to the late Donald E. Getz. Surviving is two step daughters Susan Costello of Fleming Island, FL and Karen Burger of Centerville, OH and stepson John Getz of Beavertown, PA. There are 6 grandchildren. Gail was born in Washington D.C. in 1937. She attended Woodrow Wilson High School and later graduated from McDaniel College in Westminster, MD. She also attended American University and the Corcoran School of Art where she was a student of Jack Perlmutter. In her younger years Gail worked in the Washington D.C. area; she was employed by the Federal Government, taught school, and worked as a visual merchandiser for Frank R. Jelleff’s Department store. She later served overseas as a recreation specialist for U.S. Army Special Services in South Korea and Germany. During the 1950’s and 60’s, Gail was active in the Washington art scene and exhibited her work widely in the D.C. Metropolitan area, Virginia, Maryland, and New York. She was known for her work in watercolor for which she received numerous awards. She was a member of the Washington Watercolor Association and the American Art League. She also volunteered as a Red Cross Arts and Crafts volunteer for the Walter Reed Army Hospital during the Vietnam War. Gail came to Harrisburg in 1971 and worked as a curator for the State Museum of Pennsylvania for many years. After retiring in 1990, she continued to do consultant work and to write articles on the decorative arts and costume for regional and national publications. She co-authored the McAlisterville and Fayette Township Centennial Book, A History of Fayette Township, 1810-2010. Gail was also an active member of the Juniata County Historical Society in which she was a life member. She was also a steadfast supporter of local, historical, and preservation and community projects such as the Academia Pomeroy Covered Bridge, the Civil War Memorial Wall, etc. Gail was a member of the Costume Society of America and long-time board member and enthusiastic supporter of the Fashion Archives and Museum of Shippensburg University. She belonged to the MidAtlantic Association of Museums and the Pennsylvania Federation of Museums and Historical Organizations. She also enjoyed the friendship and fellowship of the Red Hats Society gatherings of McAlisterville. Gail was also a staunch champion of the Getz Barrel Business which Don and his son John operated. They traveled to many black powder (18th century) rendezvous for both business and pleasure where many treasured friendships were made over the years. Gail’s interest in preservation extended to the stone house along the Juniata river in Thompsontown which she and Don restored and lived in for twenty-three years until moving to McAlisterville in 2000. Her interest in the natural world led Gail to be an avid supporter of several environmental groups including the World Wildlife Fund, Cornell Ornithological lab and the National Audubon Society. She was a member of the Towpath Naturalist Society and active participant of the Bluebird Society of Pennsylvania. She monitored a section of the bluebird trail at Little Buffalo State Park and encouraged bluebirds and other cavity nesting birds to live on her property. This gave her great satisfaction and joy. She loved her cats, antiques, old houses, art, old movies, and not in that order particularly. Arrangements were handled by Browns Funeral Home in McAlisterville, PA. A memorial service will be held on Thursday, July 21, 2022 at The Bread of Life restaurant 30644 Rte 35 N, McAlisterville, PA 17049 from 1:30-4. If desired, memorial gifts may be made to the World Wildlife Fund in Washington D.C. or to a charity or institution of your choosing.