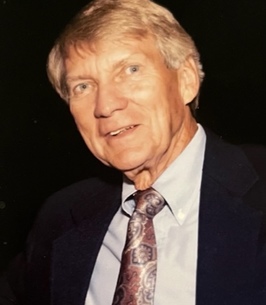 Terry Lee Benner, 81, of Thompsontown, passed away on the afternoon of June 18th, 2022, at Brookline Manor and Rehabilitative Services in Mifflintown. He went peacefully and was surrounded by his loving family.


Terry was born in Front Royal, Virginia on October 14th, 1940 to the late Earl and Dorothy Benner. As a young child, Terry’s family moved to Thompsontown, of which he became a lifelong resident. After graduating from East Juniata High School in 1958, Terry attended Thompson Business Institute. He then gave 34 years of service to the Pennsylvania Liquor Control Board, working as an auditor. Later on as part of his “retirement,” Terry also served seven years as the secretary/treasurer of the Thompsontown Borough and subsequently spent eleven years working as a part-time driver for Regester Chevrolet. Many former co-workers and employees respected Terry and now remember him fondly.


On May 31st 1958, Terry married Hedda J. (Hartman) Benner of Mifflin. She was the love of his life, and they were blessed to share over 64 years of marriage. They spent their life together in Thompsontown and enjoyed family vacations to Ocean City, MD for many decades.


He was preceded in death by three grandchildren: Ryan Shelley, Rachel Shelley, and Daris Shelley Ciecierski of McAlisterville.


Terry was an avid hunter and greatly enjoyed playing or watching sports of all kinds. He ventured on many annual hunting trips both near and far. Terry was a member of the 1956 Juniata County VFW Teener League All-Star team that went on to win the 1956 Pennsylvania VFW Teener State Championship. The baseball team went on to the National VFW Teener Tournament as Pennsylvania’s representative and finished in third place – the National Consolation Champions. Terry continued to play, coach, and referee softball and soccer as an adult. Additionally, he was a lifelong East Juniata soccer fan, often traveling great distances to watch the teams play. Later in life, Terry also enjoyed attending his grandchildren’s sporting events and activities.


A funeral service will be held at 1:00pm on Friday, June 24, 2022 at the Brown Funeral Homes, Inc, 111 Westfall St, McAlisterville, with Jodi L. Strawser officiating. Interment will follow at the Locust Run Cemetery in Thompsontown.