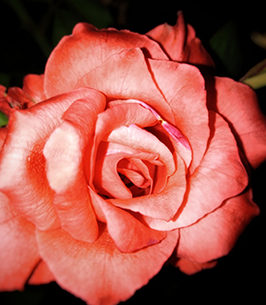 Mary Ann Truitt, 85, of Thompsontown, passed away at 10:02 AM, Saturday, July 17, 2021 at the Locust Grove Retirement Village in Mifflin surrounded by her family.
Born on April 24, 1936 in Curwensville, Clearfield County, she was the daughter of the late Simon and Helen (Soltis) Kavelak. On January 31, 1959 in Curwensville, she married her late husband, Edgar A. “Pap” Truitt, with whom she was blessed to share more than 49 years of marriage before his passing on March 18, 2008.
She is survived by her children, Ed Truitt and his wife Sue of McAlisterville, Liz Treaster and her husband Rick of Mifflintown, Mandy Haubert, and Audie Truitt and his wife Sharon, all of McAlisterville; one sister, Helen Holland of Curwensville; twelve grandchildren and twelve great grandchildren.
In addition to her parents and husband, she was preceded in death by three sisters.
Mrs. Truitt was a 1954 graduate with honors from the Curwensville High School and was a member and attended St. Jude Catholic Church in Mifflintown.
In earlier life, she was employed by Kent Sportswear in Curwensville. Next she was employed by Lyon’s Fashion in McAlisterville, but her proudest achievement was being a wife, mother, grandmother and devoted homemaker.
She enjoyed reading, crossword puzzles, flowers, and in her younger years enjoyed going to her children and grandchildren’s sporting events.
All Services and Interment will be private.
In lieu of flowers, memorial contributions may be made in Mrs. Truitt’s memory to the Juniata County Library, 498 Jefferson St., Mifflintown, PA 17059.
Arrangements have been entrusted to the Brown Funeral Homes, Inc., 111 Westfall St., McAlisterville.