To share your memory on the wall of Don Benner, sign in using one of the following options:


Don L Benner, 83 of Thompsontown, passed away at 3:51am on Friday, June 11, 2021 at home surrounded by his loved ones.
Born December 12, 1937 in Thompsontown, Juniata County, he was the son of the late Ray T. (Poppy) Benner and Mary S. (Ma) Benner.
On September 5, 1962 he married his surviving wife, Emma Yengst Benner with whom they were blessed to share 58 years of marriage. A wife he adored and loved so much one wedding couldn’t contain, so they renewed their vows a year later on December 29, 1963.
In addition to his wife he is survived by the proud children he continues to inspire, Jan Benner-Bair and Brock, Todd L. Benner and Natalie, Dan L. Benner and Cortney Mactavish all of Thompsontown and one sister, Shirley Aumiller of Port Royal.
Don’s greatest joy and source of laughter are his grandchildren Alexandra Noss, AnnaMaci Noss, Jared Benner and wife Megan, Kobe Benner, Arden Benner, Eleana Benner, and Tate Benner. He will forever be their Guardian Angel.
In addition to his parents, he was preceded in death by a brother, Tryon Benner.
A passion that Don literally poured his blood, sweat, and tears into were the businesses he founded and unselfishly passed onto his children who inherited the same passion; Benners’ Butcher Shoppe, Benner Family Farms, and Benners’ Mobile Court. Always active in his businesses, he never thought of retirement.
His membership included the Bunkertown Brethren Church, Farm Bureau of PA, and Amvets Post 122 of Thompsontown.
In his later years he enjoyed recharging his body and soul in Fort Myers, Florida with friends and family.
Arrangements have been entrusted to Brown Funeral Homes Inc., 111 Westfall St. McAlisterville. Services will be held at Bunkertown Brethren Church in McAlisterville on Friday, June 18, 2021 with Pastor Terry Smith officiating. The viewing will be held from 10-11am (family will not be present) followed by the funeral service at 11am.
In lieu of flowers, the family asks that you reflect his kindness and generosity unconditionally.
Read Less

To send flowers to the family or plant a tree in memory of Don Laverne Benner, please visit our Heartfelt Sympathies Store.

We encourage you to share your most beloved memories of Don here, so that the family and other loved ones can always see it. You can upload cherished photographs, or share your favorite stories, and can even comment on those shared by others.

Posted Jun 23, 2021 at 11:35am
We were saddened to hear of Don's passing. He was a great friend over the years. Thoughts and prayers are with the family during this difficult time

5 trees were planted in the memory of Don Benner

Posted Jun 23, 2021 at 03:50pm
Allows enjoyed seeing don when I came down to Thompsontown he was always very friendly prayers and thoughts to Emma Jan and Dan he was a wonderful hard working man
Sincerly Scott E Thomas rest in peace Don
Comment Share
Share via:
HS

Flowers were purchased for the family of Don Benner. Send Flowers

Posted Jun 14, 2021 at 05:02pm
SO SORRY FOR YOUR LOSS! PRAYERS TO THE ENTIRE FAMILY! FROM MIKE ZEIGLER AND BRAD ZEIGLERS FAMILIES

Flowers were purchased and a memorial tree planted for the family of Don Benner. Send Flowers 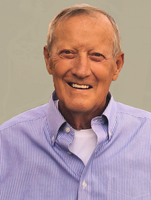