To share your memory on the wall of Donald Speece, sign in using one of the following options:

To send flowers to the family or plant a tree in memory of Donald L. Speece, please visit our Heartfelt Sympathies Store.

Posted Apr 30, 2021 at 11:12pm
Cheryl and extend family, Wishing you peace to bring comfort, courage to face the days ahead and loving memories to forever hold in your hearts.

Memories to Treasure was purchased for the family of Donald Speece. Send Flowers

Flowers were purchased for the family of Donald Speece. Send Flowers 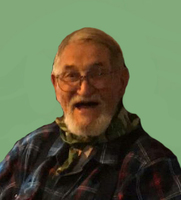