To share your memory on the wall of Wayne Schlegel, sign in using one of the following options:

He was a lifelong member of the East Salem United Methodist Church and enjoyed serving as a treasurer over the years.

Wayne was a passionate businessman. He began working in his father’s business as a child.
Wayne was an owner/operator of Schlegel’s Hardware and Grocery 1968-1997. Wayne’s children grew up working in the store shelfing groceries and advancing to cashiers. He was fond of $2 bills, 50 cent coins and his customers. He enjoyed people and aspired meeting consumer needs, and knowing them as friends.

Wayne and Blanche joined his father’s business and eventually took over store. They continued the legacy building a second and third final store in Glendale. Wanda (Larry) and Jeff (Lori) and spouses became co-owners starting in 1997. Family includes grandson’s Dwayne Schlegel and Ryan Sheaffer. Wayne actively worked in the store until his recent hospitalization.

Wayne graduated from Thompsontown High School. He went on to proudly serve as a Sergeant with the U.S. Army during the Korean Conflict. He enjoyed doing yard work, hunting, playing sports, especially baseball, racquetball, volleyball, walleyball and watching sports and word searches as mobility declined. Wayne and Blanche enjoyed traveling particularly in their later years. They took several cruises, train and bus trips. Above all, he will be remembered as a loving husband, father, brother, grandfather and friend. His bravery, optimism, and unsinkable spirit in his Myelofibrosis battle remain admirable.

Graveside services will be held for immediate family with a Celebration of Life to be held at a later date.

There are no events scheduled. You can still show your support by sending flowers directly to the family, or planting a memorial tree in memory of Wayne E. Schlegel.
Plant a Tree

We encourage you to share your most beloved memories of Wayne here, so that the family and other loved ones can always see it. You can upload cherished photographs, or share your favorite stories, and can even comment on those shared by others.

Posted Jan 18, 2021 at 12:20pm
Our sincere condolences to the Schlegel family. We have ordered two trees in honor of Blanche and Wayne. We hope to check in with Wanda and Larry when we come up to the store in the near future. Bonnie & Dan Fisher
Comment Share
Share via:
BF

Posted Jan 17, 2021 at 12:35pm
My mother (Thelma Brubaker Petriskie) went to school with Wayne. We always made sure to stop by Schlegel's for some birch beer or lebanon any time we visited East Salem. I had a nice conversation with Wayne the last time we were in the store. Prayers of comfort and peace for the family.
Comment Share
Share via:
MR

Posted Jan 10, 2021 at 02:24pm
Always looked forward to coming to the store and seeing Wayne. He always met you with a smile.
Those great memories will live with us forever. Prayers and condolences to the Schlegel family.
Mike Richardson
Comment Share
Share via:
HS

Posted Jan 06, 2021 at 10:49am
Dear Schlegel Family, What a loss, to you and to our community. My deepest sympathy to all of you. Trudy Watts 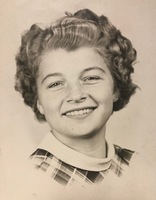