To share your memory on the wall of Robert Sierer, sign in using one of the following options:


Robert M. Sierer, 87, of McAlisterville, passed away at on Thursday, November 26, 2020 at Brookline Village, Mifflintown.

Born on August 28, 1933 in Richfield, Snyder Co., he is a son of the late Bertha (Maneval) Jamison and her husband Carl.

Surviving him are: children, Robin A. Sierer and his wife Patricia of McAlisterville and Deborah A. Apple and her husband Roger of Mechanicsburg; three grandchildren, Heather L. North and husband Jeff, Brandon Apple and his wife Carla, and Mandy Brown and her husband Chris; and six great grandchildren, Noah Apple, Alivia Apple, Levi Apple, Aiden North, Calla North, and Isabella Brown.

In addition to his parents and wife, he was preceded in death by a step father, Ray Knause.

Mr. Sierer was a 1953 graduate of Fayette High School in McAlisterville, was employed and retired with over 50 years of service as a Carpenter with Carpenters Union Local 287 in Harrisburg, and was a lifelong farmer.

His memberships included attending St. John’s United Methodist Church in Cocolamus where he was actively involved with numerous committees, a member and 32nd Degree Mason with the Tennis Lodge 371 F&AM in Thompsontown, a member of the Scottish Rite Valley of Harrisburg A.A.S.R., and was an original member of Camp Coble in McAlisterville.

Along with his wife, he will be remembered as a former co-owner of M and S Crème Stop, now The Crème Stop in McAlisterville.

He enjoyed hunting, was an ardent Penn State sports fan, and had a passion for farming.

To send flowers to the family or plant a tree in memory of Robert Sierer, please visit our Heartfelt Sympathies Store.

Posted Dec 02, 2020 at 09:37pm
I'm so sorry for your lost of both parents so close together. As I think about when I would see them, I never saw one without the other close by. I have plenty of wonderful memories of your mom & dad. Like their sharing your home for 4 months after the fire, YF meetings & activities (especially the camping trips). My thoughts & prayers are with you.
Comment Share
Share via:
TC

Posted Nov 29, 2020 at 01:36pm
Please accept our most heartfelt sympathies for your loss of your dad and mom. Our thoughts and prayers are with you and your family.

Posted Nov 28, 2020 at 11:56am
Our deepest sympathy to the family. Bob was a wonderful man, a great example of what a man should be. He was a faithful friend and will be missed by all of us who were blessed to know him. RIP
Comment Share
Share via:
AP

Posted Nov 28, 2020 at 07:04am
You have my sincere sympathy . I cannot imagine how hard it is to lose two loved ones in such a short time. Both of them being such loving and outgoing individuals. They will be missed. I will never forget Robert's smile and his good hearted nature. He was always good to me and always friendly to me.
Comment Share
Share via: 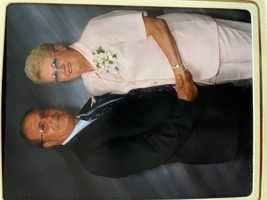 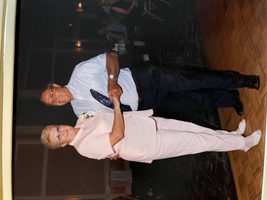